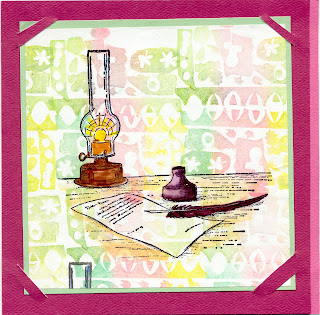 We as humans tend to name and grade sin. We, in our minds judge the level of evil in the sins we see and hear about.
So, murder is high on our sin list - actually so bad it’s named evil, even by secular people. But even murder is rated. Killing babies (born already) is at the top of the list, and we all have the levels of evil of murder from there on down, to it was deserved.
Also, most western nations assess rape as bad, but again its classed by VERY EVIL, Evil, Very Bad, bad, Not nice, and, so and so asked for it.
Some Christians, like me, have their own levels of sin, whether they think so or not. Low on my own list is my own bad driving, temper flairs, minor lies and gossip. One might make ‘quality’ judgments of the sins of believers but going on to judge the sins of non- believers as though they were responsible to God the way a believer knows himself to be. The very worse sin in many believers minds is the world rejecting Christians stance on morality. Two problems here - no, three.

1. God didn’t put us in charge of judgment of non-believers. We are challenged to deal with sin within the church but not by sitting in judgment even there. God gave a formula in the New Testament, to seek to bring restoration to the believer in sin, or setting a correction for child of God in the body needing correction. But, this is to be done by God placed leadership, not bench warmers.  It is also to be done with great care and greater love.

2. The world has seen some of the national scandals in the church not dealt with God's way. Our condemning their way of life appears to be an impertinence to non-believers.

3. God is well able to rule his creation - our judgment is a hindrance - never a help. God states over and over in the Bible that HE is the judge, moreover, He has it under control, no matter what it seems like to us.

All this to say, believers are not to judge, or even be the jury over any other human.  We were given judgment only over our own lives. And truth to tell, I don’t do too well on my own life. How often have I brushed it off as my character or I’m having a bad day, or I’m ‘feeling’ a bit irritable.

Yes, there are definite statements in the word about what is Godly before the Lord and what is wrong. This is for each of us individually to sort out with our Lord and Master - not to apply to our neighbor's actions.

There are laws in the land that deal with wrong doing. There is real evil, and the process to stop it was given by God to the nation and it's laws and enforcement. But as individual people, even against real evil, I find a need to bow before the Lord and creator of the world in repentance about the “attitude” in my own heart. How often I fail to pray for God to work in the lives of others, to bring them to Godly repentance. How often do I look down on sinners and spew out my contempt for their sin - as though I was unable to so sin!

Yes, evil needs to be addressed - my own personal sin and evil. In me I see my own self righteousness being top of the list.

In considering sin (as opposed to evil) I believe there are no degrees of sin. It’s either wrong or right for the believer - being aligned with the truth and righteousness of Christ or not. The true and bottom line sin is living my life, as a child of the LORD, independent of Christ.

It is therefore my life work to learn God’s ways, and allow Him His rightful place in my life. And become a vessel where His love can be seen.
Posted by Galilee's Page at 8:17 AM

Good article! This is the kind of perspective that is 'salt and light' I believe.

Introspection, humility, grace, and love over condemnation, and hate.