Our creator God knows how we best work for live's enjoyment.

Yesterday I saw a post by I believe an MK in France. Not my friend and unknown to me. I wanted to answer but needed to think and now cannot find it. This may not be seen by her. But her two most asked questions Non believing Christians when she spoke to them about Christ were something to this effect

If one creates a great thing that can only work properly if all the specifications for that creation were followed, would that not be something that creator would like to be praised for. i.e. an Airplane. I have a true story of someone who got distracted while working on a small plane engine and failed to properly tighten a screw in the engine ( I believe was the problem) That plane went out and crashed
killing I believe it was 5 passengers.

That engine failed because of not following the specifications to make the plane fly properly. Did the creator of that plane throw those passengers to death? No, They died because the plane was not properly maintenance. 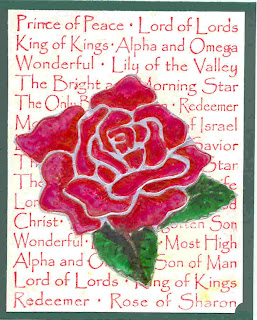 God doesn't throw us into hell. We go to hell because by not being in connection with Him, we cannot function correctly and “hell” is the result.

God doesn't insist we adore him. He tells us he loves our praise. I personally have NEVER met anyone who didn't want to be praised for some accomplishment they have achieved. They don't demand it but the praise certainly gives them joy. Our praise, and love and obedience to God's specifications on how we, his creation will best flourish is part of his joy. And He has a right to be honored for the amazing creations He has made, in us and for us.

I love Him and Praise him daily that even though I have failed He still have made a way for me to be HIS child. It is not a demand, it is an honor and joy and great reward.