Illegal Immigration can be solved.

I have been very vocal about illegal immigration - my main mantra being what about ILLEGAL don't they understand.  However, I have come to a slightly different perspective.  This started with an article I read in WORLD magazine about a young 18 year old now feeling very vulnerable.  He'd been brought here as a boy, and attended school, and thinks of himself as an American.

The real wrong is with US elected officials deciding not to act on already established laws.  They also decided to not fix the border so it wasn't so easy to cross, and they decided to prohibit individual state governments from enforcing the law.  Thus, our Government officials implied that to enter the USA  illegally was acceptable.

The temptation would be great.  When the low wages offered for hard work in USA was more than they could manage to earn in their own home town or country it seemed the answer.  One political  party wanted it and the other wanted the rule of law to be kept.  So the nice, kind party that encouraged the rule breaking would be the party the illegals would want to vote for and keep in power.

But not being within the law left the illegal immigrants vulnerable to abuse of their labor and only safe if they didn't run counter to the party that winked at their law breaking.

And then I I have seen that many, maybe most of the families who came into the USA without papers were just people wanting a better chance in life and better education and health care available for their children.  Those children had no choice in the matter.  Children go where their parents go.  Children are not able to even decide if what they are doing is right or wrong if they have no teaching.  Children have to learn what they know, and that primarily from their parents when very young.

First - close the border effectively.  If a nation can build a 23 mile bridge into the ocean then surely something effective could be built on land.

Second - find the people in the USA who are here without papers.  Where they are living peaceably, working, acting within the laws of the country make a deal with them.  Not instant citizenship  but  given papers to stay and the option to become a US citizen like other non-citizens have to do.  I believe they should pay for their citizenship as those who enter but make a plan for them pay over time.  That would be nice in fact for all coming in.

Make available classes to learn English, some of the US laws and some history.  Make all legal documents in English.  This is not a bilingual nation. It is good to carry on with ones home language, and teach it to the children but make those coming into the country viable citizens by being able to speak the national language.

We need to quit being easy on illegal law breakers once in the borders of the country.  If they have to serve a prison sentence, when you release them take them back to their own country and release them to the authorities in that country and have them in the police system to note if they show up again.  Get them out with no pampering.

And Third - I personally think everyone living in the US needs to carry ID - with their name, picture  and their thumb print , and their status within the country.  We require a driver's licence already.  This is no different.   This would help to diminish  fraud.

Many American citizens are so afraid they may loose some freedom, they fight the idea.  I've heard them, but I think that over all they would have more freedom because it would be more difficult to steal their identity.  And you  wouldn't have people voting more than one time if their thumb print was a part of the system and they were identified as those who have the right to vote. 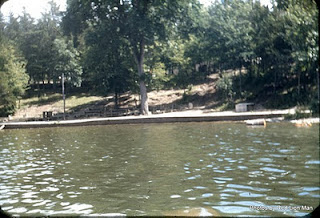 Maybe this sounds too simplistic but in the long run a nation who make laws and then chooses who can break the laws and who has to keep them is going down a very slippery slope to being lawless in every way.  It is in lack of integrity that a nation will fall to some worse form of government.  I see Cuba as a nearby example.